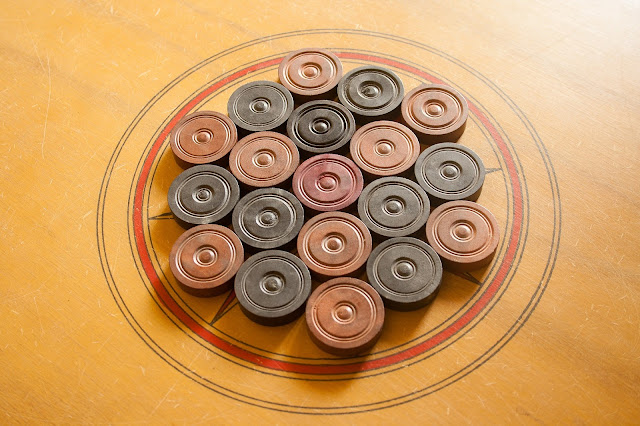 Carrom is one of the most popular tabletop game in the Asian countries.

It brings family members closer and strengthens the relationships with friends.

It’s one of the best recreational activity that amuses its players of all ages.

Today in this post, I am going to talk about the what’s known as the non-standard version of the carrom board i.e hexagonal carrom board.

I’ve listed some of the amazing facts about the hexagonal carrom board so be sure to read them all.

Have you ever wondered who invented the hexagonal carrom game while playing it?
Well, it’s been a mystery and shall remain undiscovered.
Are the Britishers or the Indian Maharajahs responsible in making of this awesome board game? Let’s try to find out!
Most researchers have been debating whether the Britishers or the Indian Maharajahs invented the hexagonal style of the original game but, there’s no clear evidence to really sum up the debate.
Moreover, the worrying part is when the researchers can’t even find out the maker of the carrom board’s original version.
A man named Henry Haskell is often credited as the founder of the original carrom game but, that’s not true at all.
He was given a patent in the US during 1990’s but, the game was played around the world even before that time.

It’s sad but true that the hexagonal carrom board hasn’t been able to make itself a part of the tournaments and championships.
The problem with the hexagonal carrom was two additional pockets and players and just because of this very reason it’s not considered as the standard carrom.

There are no specific dimensions of the hexagonal carrom board as it’s not a standard model after all.
The smallest size that I have ever seen is 24″ and the largest is 50″.
I am not pretty much sure what other sizes hexagonal has to offer but, that’s what I have experienced so far.

They are pretty simple and straight-forward just like with the traditional carrom board.
Although, in this post, I am not gonna talk about the different types of rules as there are many. Each region has their own style they play with.
The simplest rule (common to all of them) is to hunt for the queen. Usually, who covers the queen wins the game as queen weighs more.
But, that’s not always the case.
If the opponent strikes and pocket each and every coin on the table and you’ve only got a queen and a black coin or a white coin, either way, you lose the game.

The cost of the hexagonal carrom board lies between $100 to $150 on major online marketplaces.
This makes this unique carrom board a bit expensive than the standard but it’s all worth for fun.

Hexagonal carrom board isn’t really much popular simply because people really don’t know about it.
I’m glad that you’ve made this far.
The standard version of the carrom board is much more popular in countries like Pakistan, India, Nepal, Bangladesh, Sri Lanka and UAE.
And without no doubt, these are the exact same places where most of the hexagonal versions are bought.

If we compare the boards design-wise, we have celestial, mandala or star at the center.
But, if we compare it the structure wise we have only two variants which I hope you should know up till now.
Four-sided (the standard) or six-sided (the hexagonal) are the two most reported types.
Though, there’s another one which I talked later in this post.
Now, if we talk about the material used in making of the board’s playing surface which is, of course, the most important part we have two options:
I don’t really care about the type of the plywood before buying carrom but, I do care about the thickness of it.
Usually, when you go for the thin plywood, not only the surface will become uneven but also, it may break or have cracks as the time passes.
The good rule to keep in mind is to go for the moderate thickness. This way:

The most brilliant players usually come with the standard version background. That’s why the top players of the hexagonal version haven’t been reported yet.
Despite the fact hexagonal is the toughest version of carrom but, I do believe there are some seriously good players out there.
If you are one of them let me know by commenting down below.

One of the similar game I know of is Crokinole. It’s a traditional tabletop game originated in Canada.
Although, the playing surface is always circular but, the edges can be hexagonal or circular as well.

The objective of the hexagonal carrom board is the same as of what the standard sets.
The player has to score as much as possible to win the game.
Most Indians and Pakistani players set the scores as follows:
You either have to choose between the left (10, 20 or 100) or right (5, 10 or 50) score rules for the game.

The gameplay of the standard version of the carrom board is recorded in probably the most popular Indian movie called Munna Bhai MBBS.
Sadly, there isn’t any movie that features the hexagonal carrom board.
And surprisingly, there aren’t any videos on YouTube as well that presents the gameplay of the hexagonal carrom board.
Happily though, I found one video that features the making of the board. At first glance, my eyes caught the structure. It was not hexagonal but instead, it was octagonal (an eight-sided board).
This guy brought carrom to the whole new level but, I’ve never been able to see the completed version simply because he never uploaded the part two of the video and it’s already been seven months now.
When the octagonal caught my attention. I research more about it. After a few hours, I was able to find an antique carrom board picture having eight sides. 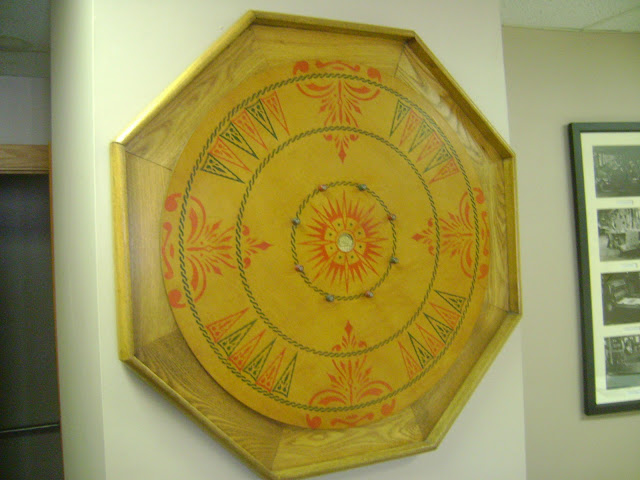 This looks like a Crokinole but, I have heard people interchange it with the octagonal carrom board.
It was such as awesome feeling to know that people actually played the octagonal version as well in the earlier times.
Now, I do believe the existence of the five-sided pentagonal version in the world.

Let me know if you’ve any suggestions, additional facts, or even critiques in the comments down below.
Maybe you own the hexagonal board. Tell me how does it feel to have one.
Or, maybe you are looking to buy a new one and while researching you came across one or two best tips that you may think will be helpful to the readers of this blog.