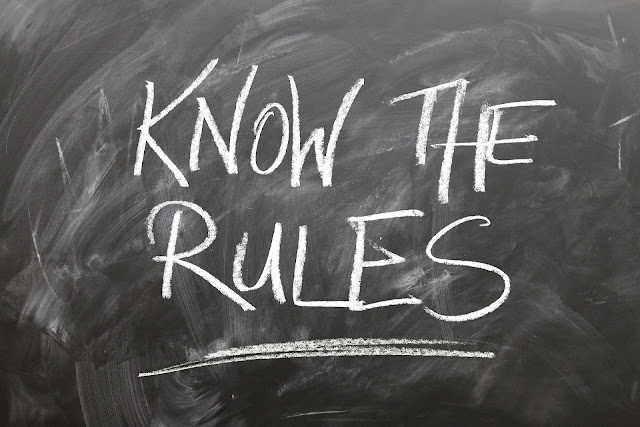 In this article, I am gonna cover about some of the important carrom board rules.

Read about carrom board powder.

Now, one thing to note is that the rules are changed country wise. I am not gonna cover about each country rules in particular. Also, this guide will not be focusing on the standards used in tournaments and championships. Instead, this post is going to cover about the general rules that are much popular in Asian countries especially in Pakistan and India.

Though, a lot of these rules are said to be standards, actual carrom tournament rules, that I laid out here in this post.

Initially, the queen (red coin) should be placed at the center of the board.

In order to score the queen, a player must pocket white or a black coin depending on whichever is his/hers. If a player failed to do so, the queen will be adjusted to its original position and no points will be rewarded.

The important thing to keep in mind is that the red queen must be sunk before your last coin, either black or white.

So let’s take a scenario here:
If 2 players are playing and there are only 3 coins left on the board, black, white and red respectively. Then both the players must strive to pocket the queen. If any of the player accidentally or knowingly pockets his/her own coin, the coin will be returned and placed at the center of the board.

Those 2 coins are meant to be treated as a cover for scoring the queen. Otherwise, it does not make any sense to pocket all the regular colored carrom men without leaving one as a cover for the queen.

Once a player covers the queen and the respective coin first, wins the game.

The red coin can be pocketed at anytime of the game but, after a clear distinction of which color is yours.


2. Arrangement of the Coins

When starting the game all carrom men should be placed at the center of the carrom board.

Queen should be at the very center and 6 out of 9 white coins should make a Y shape while the 3 remaining ones should be placed in an opposite direction of each of the Y line.

The black coins are arranged in 3 distinct places with a group of 3 as shown in the figure down below.


Buy carrom board coins on Amazon.

Before pocketing the coin, you’ve to make sure that your striker touches both the front and the rear line.

Also, you can’t touch the diagonal lines which are drawn on both the left and the right side where you sit. 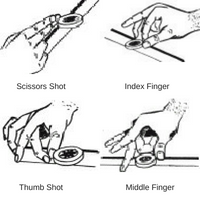 There are 2 different types of forward shooting styles  in carrom:

It’s just a personal preference and pick one in which you’re most comfortable with. But one thing to note here is that you can’t push the striker, you can just flick it. Otherwise, it will be considered illegal during the match.

For the forward shots you can use your index finger, middle finger or scissors shot.

Pro Tip: Make sure your finger nail touches the striker before flicking to get the ultimate accuracy.

For back shots, you can use either the scissors or thumb shot technique.


5. The Objective and the Scoring Procedure

The objective of the game is to score as much as possible to win the game.

The scores are as follows for each coin:

Neither of the player can win until the queen is pocketed and covered as well.

Total points in the carrom:

Again, these are not standard scoring system as mentioned in the starting of this article. Use your own scoring system you like. These are most commonly used scoring system in Pakistan and India but, but these scores aren’t used in a serious match.

6. Equipment, the Tools for the Trade

There are 9 black, 9 white and 1 red coin in the carrom. Usually, each of the player owns his/her striker whom which they are most comfortable with.

The standard size of the carrom board is 29″. Though, the size of it doesn’t matter as we aren’t discussing anything related to the standards.

Chalk dust, boric acid, potato starch or even talcum powder is used as a lubricant for the carrom board playing surface.

Buy carrom board powder on Amazon. 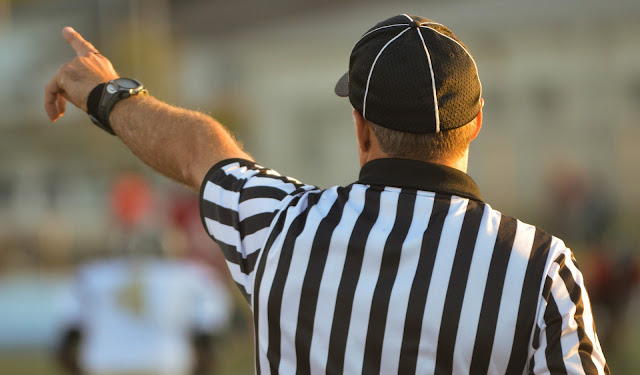 If the foul is occurred by you, the opponent get a chance to pick and place any of your already pocketed coin back to anywhere on the board but within the boundaries of the main circle.

The foul can occur whenever:

When in tournaments and championships, the carrom is played as a 2 player game. But, usually at home 4 players plays the game and as the partners.

Player opposite to each other are considered as a team.

A partner can instruct or give an advise to his teammate at any time during the game.

These are the 2 main different types of fouls happen in the carrom, technical foul and the normal foul.

The only difference between the two is if the technical foul happen the turn is not skipped but, if normal foul occurs the turn is skipped immediately.

For instance, if it’s your turn and after flicking the striker you make a mistake afterwards than it’s count as a normal foul simply means that you have to deal with the penalty.

If for instance, you made a mistake before striking or your opponent is playing and you accidentally messed up than it’s considered as technical foul and no penalty is imposed.

If only the striker alone is pocketed than it’s known as the single due. In this condition your opponent get a chance to place your already pocketed coin on to the board anywhere but within the circle.

In this due your turn is immediately skipped.

If you flick the striker to pocket one of your coin but, both the striker and carrom men (any carrom men not just yours) are pocketed than it’s called double due. In this case not only your opponent get a chance to place your already pocketed coin anywhere within the central circle but, also your pocketed coin is also returned back to the board which can also be placed by your opponent.

In this due your turn is not skipped.


11. The Biggest Confusion in Double Due 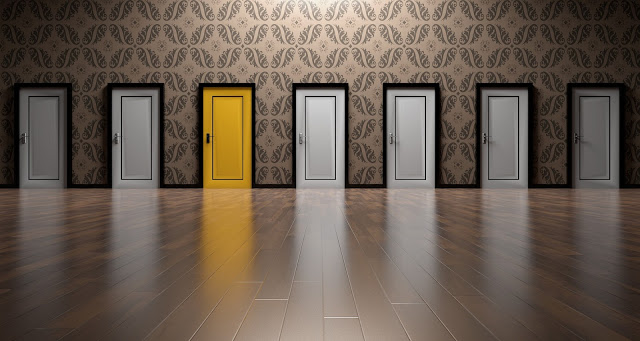 A lot of the people seem to be asking the same question over the internet: Is it possible to skip my turn in return for a pocketed coin in double due? Well, the short answer is no, it’s not possible. If you have pocketed both the striker and the coin both of your recent and your already pocketed coin must be returned on to the board and you have to play your turn as usual.

If you accidentally pocketed the striker while pocketing the queen, the queen must be returned on the board and you don’t get a chance to strike for the cover.

If you’ve already secured the queen without any fouls and you’re about to play for the cover. If  by mistake, you pocketed the striker while pocketing the cover, your cover as well as one of your coins are returned back on the board but, you get a chance to play for the cover again.

There are 2 ways that you can use to place the foul coins.

If you’re placing 2 coins let’s say in double due one by one, make sure both of the coins aren’t touching each other. If in case they are touching than it’s a foul and you have to tolerate the penalty.

Make sure whichever method you choose in placing the foul whether one by one or simultaneous the circular border shouldn’t overlap on the coins if they touches the border whether it’s the border of the outer circle or the inner circle they are both are considered as foul.


14 What if the coin jumps out of the board? 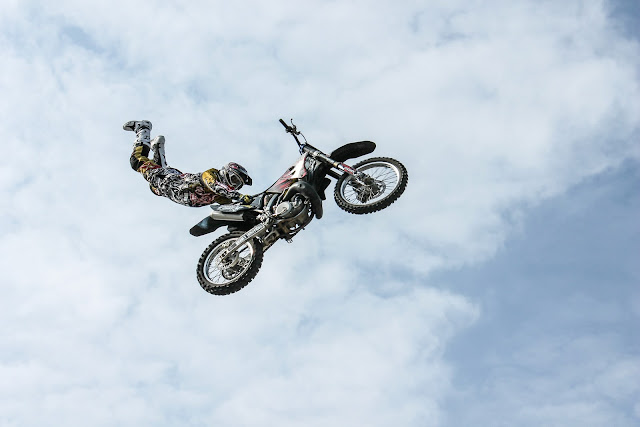 If one coin jumps out of the board than it’s simply adjusted in the center (within in the inner circle).

If two coins jumps out of the board than one of those will be adjusted in the center and another one is adjusted right behind the first one in a way that the player who is playing and who played that shot can’t strike that coin directly.

If the coin is already placed at the center of the board and one of the coin jumps out of the board than the same procedure will be applied i.e the player who is playing can’t strike that coin directly.

I am assuming that you may have got a pretty good idea about that you can place the foul anywhere but, it should be within the outer circle.

The outer circle can’t be touched, otherwise it will be considered as a foul.

Some people have a misconception and they say you have to put a one coin gap if there’s already a coin placed a the center (inner circle). and that is totally wrong.

Again, you can put it anywhere but it should be within the boundaries of the outer circle.

You can even put the coin as closest to the central coin (if there is any) but they also can’t touch together.

In order to download this guide as a free PDF for future reference you can install a browser plugin called Print Friendly & PDF in your Chrome browser. It will let you download easily on your computer which you can later export it on your mobile device if you want to.


17. Do you prefer another language? 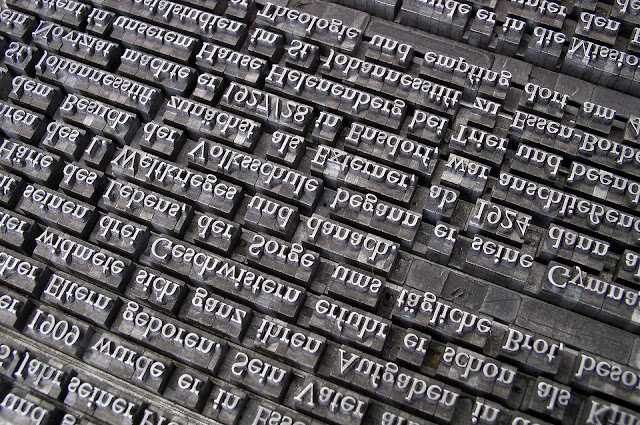 Let me know if you need this guide translated in to other languages like Hindi, Urdu, Tamil, Bengali, Telugu etc in the comment section down below.

Here you have it all the necessary carrom rules and regulations of the carrom board.

Play with these carrom board rules to get ahead from your opponents. A lot of these rules are in the ICF (International Carrom Federation) though as I have said a few of these rules are not standard especially the one that has to do something with scoring.